History of the Hospital and the Residency Program

On April 6th, 1866, less than a year after the close of the Civil War, St. Barnabas Hospital was indoctrinated as “The Home for Incurables”. At the time, it was the world’s second chronic disease hospital and the first ever in the United States. The Home was founded by the Rev. Washington Rodman, rector of Grace Episcopal Church, in the West Farms area of what is now the Bronx. Rev. Rodman’s goal was to bring hope and medical care to a group that had neither. 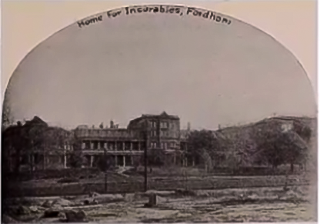 “The Home for Incurables” received its first patients in 1867 in a small, frame building that had originally served as a temperance house. Thirty-three patients were admitted in the first year. Doctor P.C. Pease, the Home’s first physician, noted that “…where the faintest hope exists, no efforts are spared nor are any new remedies left untried”.

In November 1947, the name was officially changed to “St. Barnabas Hospital for Chronic Diseases”.

Nowadays, it officially known as St. Barnabas Hospital and the home of the SBH Emergency Medicine Residency program.

Several expansions since 1990 have more than tripled the size of the emergency department with the pediatric emergency department opening in 1999. Expansions have also increased space for faculty, residents, and learning areas. In 1990, the faculty was composed of two emergency physicians. Today, the EM faculty consists of over 30 residency-trained, board-prepared, and certified emergency physicians who work towards the robust training of its residents.

St. Barnabas Hospital is a 461-bed nonsectarian community hospital, Level II trauma center, an HIV/AIDS center, a Primary Stroke Center, and the first Hypothermia Center in the Bronx and also provides the highest quality of care to the diverse Bronx community.