Changing Lanes: Three Stories of Healthcare as a Second Career

In the classic TV commercial for the men’s clothing store Barney’s, a group of young boys sit on a city stoop and discuss what they plan to be when they grow up.  While Humphrey says he’s going to be a big Hollywood star, and Fiorello plans to become mayor of New York City, Barney sighs “Well, you’re all going to need clothes.”

At SBH, not all healthcare professionals knew at a young age what they wanted to be. Here are three who took more circuitous routes. 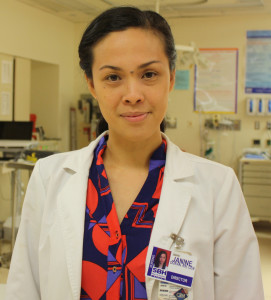 As a young girl in the Philippines, Janine Duran knew what she wanted to do.  And, as much as her parents tried to convince her otherwise, she wanted nothing to do with a career in healthcare.

“All I ever wanted to do was be in advertising,” says Janine.  “My parents wanted me to be a nurse and get a job in America.  I got sick of hearing this.  I would say, ‘I’m doing advertising.’”

After college, she got a job at the country’s most prominent advertising agency where she worked on one of its premier accounts.  “There were a lot of sleepless nights,” she says.  “And I found over time that advertising wasn’t so glamorous.”

Becoming a single mother at the age of 22 forced Janine to return to her parents’ home outside Manila and take a second look at nursing school.  The curriculum proved difficult, but she persevered, passing her exams.  In 2008, leaving her son at home with her parents, she moved to America.  Here, she passed another battery of tests and overcame visa problems.

“St. Barnabas Hospital sponsored my green card and employed me as a brand new nurse in 2 South, working the night shift,” she says.  “I never imagined that I would slowly learn to love every second of my new life.”

The hospital loved her back, with the union naming her novice nurse of the year.  She soon found her calling in the ER, infatuated with the fast pace and the patient interaction.  She quickly received promotions to charge nurse and then nurse manager.  In her spare time, she returned to school to become a nurse practitioner. Earlier this year, she became the department’s nursing director.

Her son, Manuel, now lives with her, along with a little brother, Liam.

“St. Barnabas Hospital has truly changed my life,” she says.  “It gave me the opportunity to find my true self.  They gave me happiness beyond measure.  I am where I’m destined to be.” 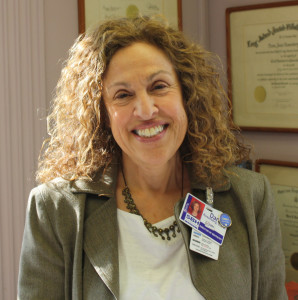 Dr. Dara Rosenberg comes from a family of dentists.  Her grandmother was one, as was her father and younger sister.

Yet, she wanted to be a city planner.  After graduating college, she went to Boston where she found herself on the fast track, becoming chairman of the Governor’s Task Force on Environment.  Later returning to school for a Master’s degree in Environmental Health Planning, she was hired by the New York City Planning Commission, “working with population and maps” and finding herself involved with housing in the Bronx, a place “I had never been before.”

“I eventually decided I wanted to work a couple of days a week and make money so I could do what I wanted in my spare time,” she says.  And, while she had never been pushed into dentistry by her family – “my mother, whose mother had been a dentist, was actually disappointed when I told her I was leaving my job” – she now saw it as an attractive career option.  After graduating from dental school, completing a residency and working as a dentist at a hospital in Manhattan, she left for the west coast for a Master of Public Health at UCLA.

Twenty-eight years ago, she returned to the Bronx, landing at St. Barnabas Hospital, which at the time had one dental chair.  She soon started a residency program whose initial class had three residents.  Over the years, she’s helped the hospital receive $7 million in grants while building a residency program which today has 53 slots in general practice, pediatrics, orthodontics, anesthesia and surgery, making it one of the largest in the country.

“I would absolutely do it all over again,” says Dr. Rosenberg.  “I didn’t envision this at all, but it all seems logical that I ended up where I did.  It all fits together.” 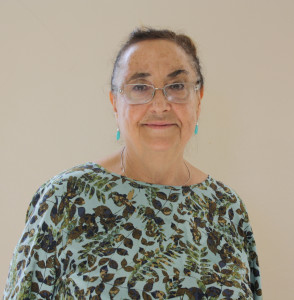 Dr. Harriet O’Hagan always wanted to be a doctor, only life got in the way.

“My father was ill and I had to contribute to the household and my mother and sister were teachers,” she says.  So, she became an English teacher, working at Lafayette High School in Brooklyn for 15 years.  It was here that she met her husband, James, who also taught English and had bigger dreams.  After helping her husband through Master’s and Ph.D. programs on his way to becoming a psychoanalyst, “with a lot of angst,” she says, “it was now my turn.”

So, at the age of 35, with her husband’s blessings, she left Manhattan for Tampico, Mexico to attend medical school, accompanied by her two-year-old son.  “He didn’t do well there,” Dr. Hagan remembers.  “His first word was ‘agua’ because he was always hot and sick.   My husband came down to rescue him and bring him back.  It was very difficult.”

After finishing medical school, she returned to the New York City area to do her clerkships and residency.  “Child care was not available, and I often had to take my son to work with me,” she says.  “I would lock him in the on-call room.  He hated the whole idea.”

Wanting at first to be a pathologist – “There’s something very intrusive about pathology, surgery and psychiatry; they’re all very voyeuristic” – she eventually chose psychiatry.  She soon became “addicted” to inpatient psychiatry, working in a number of jobs in the Bronx and upper Manhattan.  She came to SBH 2 ½ years ago.

Was it all worth it?  To answer this question, she quotes a very frenetic pediatrician she shadowed years ago.  “He said, ‘If I knew what it was going to involve, I probably wouldn’t have done it.  But I’m glad I did.’ ”

And whatever happened to Dr. O’Hagan’s son? “He went to work on Wall Street and hated it and was awful at it,” says his mother.  “And all he heard at home was about patients from my husband and me, and he said ‘Enough.’.”

After several years, however, the young man had a change of heart.  Today, according to his mother, he loves his job.  Dr. Andrew O’Hagan also works as a psychiatrist at SBH, in the emergency department.

For the 100th episode of SBH Bronx Health Talk, Dr. Perlstein, President and CEO of SBH Health System, and Bronx Congressman Torres discuss where the Bronx is today and where... END_OF_DOCUMENT_TOKEN_TO_BE_REPLACED