The talk shifts easily from stories pulled from the day’s news – ranging from the constant theme of the opioid epidemic, to the presumed health status of White House Press Secretary Sean Spicer, who admittedly swallows 2 ½ packs of cinnamon gum daily, to more personal takes on life, such as women named Victoria who don’t like to be called Vicki and a one-time mentor who went by Lawrence rather than Larry.

It’s the Emergency Medicine Show, the longest running and most popular show on Sirius XM’s Doctor Radio (Channel 110). Hosting the show, which just celebrated its ninth anniversary and is broadcast live every Thursday morning from a studio that was once a gift shop in the lobby of NYU Langone Medical Center, are emergency medicine physicians Dr. Billy Goldberg (Dr. Billy) and Dr. Howard Greller (known on the show as “Ho-G”), director of research and medical toxicology at SBH. 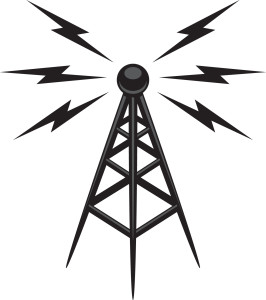 With Doctor Radio promoted by Sirius XM as “real doctors helping real people,” the Emergency Medicine Show, according to its long-time producer Melanie Kron, is “more like a morning zoo.” The hosts mix a showing of real sympathy and measured advice for callers like Tiffany from Ohio and Pastor Tom from Pittsburgh on such topics as the use of magnesium after a severe asthma attack and the benefits of TENS for a flare up of an old injury, to more than a modicum of shtick. For example, the difference between A-fib and V-fib, Dr. Billy explains to a caller, is that with the latter “you get transferred to ECU, the eternal care unit.”

“They have great rapport and are very natural on the air,” says Kron – which is easily evident as the two often finish each other’s sentences. They first became friends when Goldberg was a young attending and Greller a medical student at NYU in 1995. When they ran into each other at a birthday party several years later, Dr. Billy, needing a radio sidekick for his new radio show, asked his old friend if he would be willing to join him in the radio booth. “I hitched on and have been doing it ever since,” says Greller.

The decision to co-host a weekly radio show seems like a natural extension for Greller, who spent a gap year between college and medical school working in LA as a stand-up and improv comic. In addition to playing local comedy clubs, he says his proudest moment was when he learned that Robin Williams had pilfered one of his jokes. “Life and medical school got in the way,” he says, in explaining why he left that world. The radio show appears to fill that void.

“Being on the show has been an excellent experience. It’s the best part of my week,” he says. “I’ve had encounters in the ER where people will recognize me or say they heard me on the show. It’s really nice.”

The unique aspect about hosting a show on emergency medicine, he says, is that “We’re not beholden to one organ system. Anything goes – and nothing is out of bounds for us. We can go from 10 or 15 minutes of laughing and then speak about end-of-life care, just like we do in the ER.”

Five or six years ago, SBH senior emergency medicine physician Dr. Ernest Patti was a guest on the show, discussing the benefits of osteopathic therapy.

“We had fun,” Patti recalls. “The show does a really good job informing the public on medicine and health issues in an easy-to-listen-to-way. They were a great group of guys in the booth and when Greller came here several years later to be interviewed, I felt we already knew each other.

The show receives calls from throughout the world – with regulars dialing in from such disparate places as Regina, Canada and a U.S. military base in Germany. On one recent show, the caller board in the control booth lit up within minutes of the hosts’ opening monologue, with Kron asking callers for their name and location as she typed it on the computer screen shared by Dr. Billy, reminding them to turn their radio down and not to mention on air any names of doctors or hospitals. Although politics are impossible to ignore – discussing health care, for example, can’t be shunned entirely – the hosts carefully avoid any fire storms. Mere mention of the word “abortion,” however, has a caller complaining to Kron that she doesn’t want to listen to another “political show.”

The hosts often research topics in real time – as they do during one show, searching for information while discussing a caller’s use of the drug Amitiza for constipation. Most callers are well educated – some, in fact, are health care professionals – and can be as passionate as calls made by the Vinnies from Astoria and Joe D’s from Brooklyn to local sports radio shows.

Greller keeps a low profile in discussing his radio show at SBH – although the job sometimes finds him, forcing him, during a recent show, to race out of the studio to take a call. Still, some of his colleagues know about his other life.

“One of my residents came in and said his parents are huge fans of the show,” Greller says. “He said, ‘My mom and dad love you.’ That’s always nice to hear.”’

For the 100th episode of SBH Bronx Health Talk, Dr. Perlstein, President and CEO of SBH Health System, and Bronx Congressman Torres discuss where the Bronx is today and where... END_OF_DOCUMENT_TOKEN_TO_BE_REPLACED