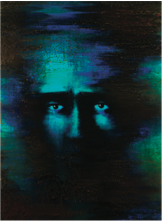 Relay, part of the New York City Department of Health and Mental Hygiene’s HealingNYC initiative to reduce the opioid overdose epidemic, arrived at SBH Health System in February, making it the fifth hospital site since being launched in June 2017.

“Relay was conceived as a way to fill what we saw as a gap and a missed opportunity to reduce opioid overdose deaths in the city through a harm reduction approach that meets these folks where they’re at, supports them, and links them to appropriate care,” says Dr. Hillary Kunins, the health department’s assistant commissioner of the Bureau of Alcohol and Drug Use Prevention, Care and Treatment. “From the scientific literature, we know that people who experience non-fatal overdoses are at risk of subsequent overdoses. Our thinking was to reach them in a targeted fashion, find them information, and connect them with services that will move them along the behavior care continuum.”

Reducing unintentional drug poisoning (overdose) deaths is a leading priority for the health department. There were nearly four drug overdose deaths daily in New York City in 2016 and the rates have increased 143 percent from 2010 to 2016. The Bronx has the second highest rate (a 24 percent increase over the previous year), and the largest number of overdose deaths in the city.

Relay has a wellness advocate, someone who has first-hand experience with substance use and has been trained as a peer advocate, arrive at the hospital within an hour of being called in by the department after a non-fatal patient overdose. The advocate offers overdose risk reduction counseling and opioid overdose rescue training, connects them with appropriate services, and stays in contact with the individual for up to 90 days. This time period is key, says Dr. Kunins, as it gives sufficient time to form relationships, navigate the care system and provide support.

Additionally, the patient is provided with a Naloxone kit to help reverse any future events. The kit includes two doses of Naloxone: “give one dose and wait two to three minutes; if it doesn’t work, give the second.” The drug is administered via a nasal spray that is absorbed through the mucosa.

“It is recommended for lay people to administer because regardless of whether the cause of the overdose turns out to be opioid-related, it can’t hurt you,” says Dr. Kunins, who previously worked as an addiction specialist in the Bronx.

SBH was selected as Relay’s latest site because of the high rates of opioid overdose deaths in the south Bronx. The increase in the number of deaths here and throughout the city is largely due to the growing presence of the illicitly manufactured drug fentanyl, a potent opioid found in heroin, cocaine, methamphetamine and ketamine, as well as in painkillers acquired from non- pharmaceutical sources.

Dr. Howard Greller, SBH’s director of medical toxicology, is the hospital’s Relay liaison. In the first month, according to Dr. Greller, the hospital had a total of 38 non-fatal overdoses, 36 of whom were engaged by the program. This, not surprisingly, makes it one of Relay’s busiest sites. According to Dr. Greller, “it speaks to the pervasive nature of the problem and how significant it is in the Bronx, particularly in the area we serve.”

Dr. Greller is already a strong advocate of Relay. “Direct intervention was a way that was previously lacking,” he says. “It’s a way of confronting the problem and establishing a pathway for continued help. It provides those patients who are most vulnerable with services and information, rather than just sending them off in the wild.”

Dr. Kunins says she is fully aware that the patient Relay may have seen in emergency rooms in Staten Island or Manhattan may be very different than one in the south Bronx. “It’s often more complex in the Bronx,” she says. “There are high rates
of homelessness, poverty, and mental illness that shapes our approach in connecting these people to services. We want to help them in the context of what else is going on in their lives by giving them the resources to take care of their health and ultimately reduce their likelihood of overdosing in the future.”

She adds, “We’re cautiously optimistic that Relay is having a positive effect.” Data for 2017 shows that overdose rates have flattened in New York City, where they were up more than 45 percent in the previous year.

For the 100th episode of SBH Bronx Health Talk, Dr. Perlstein, President and CEO of SBH Health System, and Bronx Congressman Torres discuss where the Bronx is today and where... END_OF_DOCUMENT_TOKEN_TO_BE_REPLACED