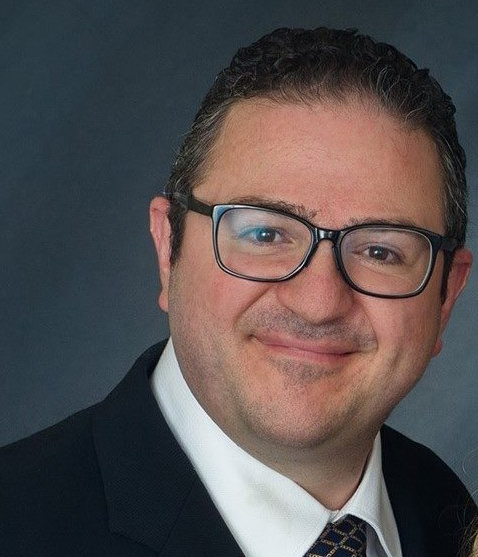 Obesity is a disease that affects about 78 million Americans, according to the Centers for Disease Control, one that has been linked to more than 40 diseases including type 2 diabetes, heart disease, stroke, osteoarthritis and cancer. It’s a problem that is particularly evident in the communities surrounding the hospital. According to a recent report issued by the New York City Department of Health and Mental Hygiene, two of every three adults are overweight or obese in the South Bronx – a percentage significantly higher than in New York City (with 39 percent of adults 45 to 64 considered obese here vs. 26 percent throughout the city).

Obesity is the result of a cluster of factors, says Dr. Nahmias. “It is certainly behavioral in some part, but it’s also genetic and cultural and socio-economic. While it may be hard to pinpoint the number one culprit for any individual, what we do know is that there is an epidemic here that the services offered at our center can dramatically impact.”

The new center, he stresses, will be comprehensive and patient-focused rather than “cookie cutter” in approach, restricting itself to treating adult patients up to 350 pounds. A registered dietitian will work closely with patients to educate them on healthy eating, and a mental health professional will screen them to make sure the procedure is appropriate for them. Patients will be closely monitored up to and for years following surgery. Those who qualify for surgery will have tried to lose weight multiple times before, and view surgery as a last resort.

“We’re not interested in five- or 10-year outcomes, but in lifelong alterations,” says Dr. Nahmias. “This is not a quick fix solution. It can be a fantastic operation, but transformation happens over a long period of time and not everyone is right for it.”

Dr. Nahmias, who is bilingual, is fellowship-trained in advanced laparoscopic and bariatric surgery. He has performed more than 1000 bariatric procedures and is recognized by The American Society of Metabolic and Bariatric Surgery as a “Bariatric Surgeon of Excellence.” He is a Diplomat of the American Board of Surgery, and a Fellow of the American College of Surgeons and the American Society for Metabolic and Bariatric Surgery. His scientific work includes several peer-reviewed publications, two book chapters and over 15 presentations in national and international meetings. He recently spoke at the IBC World Congress at Oxford University London, England.

The center will incorporate two procedures: the gastric sleeve and gastric bypass surgeries. The sleeve, says Dr. Nahmias, is a simpler operation with fewer complications, which makes it more appealing to patients. The operations are similar in how they are performed and in terms of post-surgical diet and exercise regimens. For both, the expected hospital stay ranges from two to three days and the procedures are not reversible. In each case, patients reduce the amount of food they can eat before feeling full.”

With the sleeve, also known as the laparoscopic sleeve gastrectomy, the surgeon removes approximately 80 percent of the stomach, converting the remaining stomach into a tubular pouch that resembles a banana. The new pouch holds a considerably smaller volume than the normal stomach, which helps to significantly reduce the amount of food (and thus calories) that can be consumed. By affecting the gut hormones, the surgery impacts on hunger, satiety, and blood sugar control.
Short-term studies show that the sleeve is as effective as the roux en y gastric bypass in terms of weight loss and improvement or remission of diabetes. Studies also suggest that the sleeve, like the gastric bypass, is effective in improving type 2 diabetes, independent of the weight loss. Patients typically lose weight at a slightly slower, steadier rate, approximately 60 to 70 percent of excess weight within 12 to 18 months. Both procedures can also help improve such obesity-related conditions as high blood pressure, high cholesterol and sleep apnea.

“We work closely with our patients’ primary care physicians, discussing expectations and what they should be expecting to see with their patients,” says Dr. Nahmias. “Patient support groups are very important for keeping patients in check after the so-called ‘honeymoon’ stage – which is about 18 months after surgery – passes, a time when patients can start to gain weight. These support groups are not just ‘let’s gather hands and talk about our experiences,’ but involve bringing in, say, a person from a dress shop to talk about how to dress after you lose surgery, or a cookbook author to discuss cooking habits. Patients will know that there’s someone
looking out for them and sharing their experiences throughout the journey.”

For the 100th episode of SBH Bronx Health Talk, Dr. Perlstein, President and CEO of SBH Health System, and Bronx Congressman Torres discuss where the Bronx is today and where... END_OF_DOCUMENT_TOKEN_TO_BE_REPLACED