Those Who Have Thrived

Home » Blog » Posts » Those Who Have Thrived

SBH Health System takes pride in its ability to develop and mentor staff and help them grow both professionally and personally. During our 150th year, we celebrate the stories of these five individuals who, over the years, have thrived. 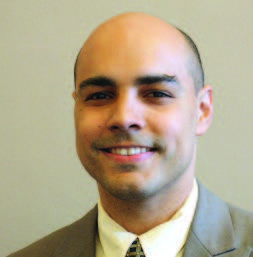 Juan Rodriguez
Back With ‘The Family’

The year was 1997 and Juan Rodriguez, still in junior high school, was eager to volunteer at the hospital where his older brother Carlos worked. Juan wanted to gain experience in a professional environment, preferably working with computers. Becoming a volunteer at SBH proved to be a very positive experience for Juan – both personally and professionally. “It’s always felt like family here,” he says. His SBH family has included Tom Murray, who looks upon him as his “unofficial adopted son,” and Arlene Allende. Juan began working with Tom on community outreach activities and as an interpreter for Spanish-speaking community residents.  “He demonstrated amazing computer skills and quickly became an invaluable member of our community affairs team,” says Tom.  “He’s a conscientious young man with an unrivaled drive and determination to succeed.” Arlene met “Junga,” as he’s known at the hospital, when he worked for SBH at the Partners in Health Medicaid Managed Care Office. “He was always cheerful and helpful and had such a warm humility,” says Arlene. “He was quick to say ‘I’m sorry’ when things went wrong, even when there was nothing to be apologetic about.” Juan, who is originally from Puerto Rico and grew up in The Bronx, attended Monroe College. One of his electives was accounting, a subject he fell in love with and chose to major in.  After graduation, he worked for Partners in Health and the Puerto Rican Family Institute, returning to SBH earlier this year as an accountant in general accounting. “It’s just great to be back with the family,” says Juan. “This is where I belong, and I’m happy to be here.” 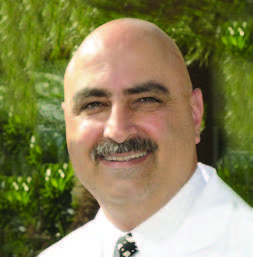 Dr. Sal Silvestri grew up on Arthur Avenue, minutes from the hospital. “There weren’t a whole lot of role models in my neighborhood,” he says. Working as a housekeeper at SBH as a young man helped Sal get through Manhattan College, and allowed him to see what doctors really do up close. As a result of his positive interactions with members of the hospital’s medical staff, he chose to attend medical school. He graduated from the Mount Sinai School of Medicine in 1988. While in medical school, he became a certified paramedic – which brought him back to St. Barnabas Hospital. Sal remembers his time as an EMT fondly, as it reinforced his decision to become an emergency medicine physician. After graduating medical school, he went to Johns Hopkins Hospital in Baltimore, one of the top hospitals in the country, to complete his residency. Receiving a federal public grant to help pay his way through medical school, he was required to serve five years as a physician in an underserved community. It was here, in Palatka, Florida, that he met his future wife. He has been in Florida ever since, except for a small break in the 1990s to return to New York to serve two years on the Mount Sinai medical staff. Today, he works in Orlando practicing emergency medicine. 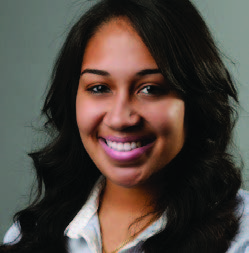 Amber grew up in The Bronx and in 2008, at age 15, enrolled in the Summer Youth Employment Program, where she was assigned to work in the maternity department at SBH. “I didn’t want to sit around all summer and do nothing,” she recalls. “I wanted to earn some money and my mother encouraged me.” On her placement at SBH: “I absolutely loved the maternity ward. I got to see babies delivered and that whole experience turned me on to nursing. I knew it was my calling. I knew I wanted to work with patients.” After high school, Amber studied nursing at the College of New Rochelle. She started out as a nurse’s assistant in a drug clinic before becoming a nurse three years ago at a pediatric facility, Blythedale Children’s Hospital in Valhalla, where she is today. “I really love my job and it was St. Barnabas that introduced me to it.” 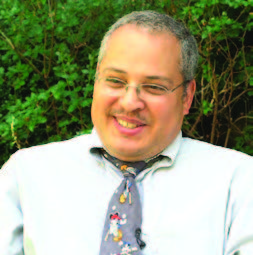 Milagros Para Ninos (Miracles for Children), a Latino initiative at Boston Children’s Hospital that helps the underserved children of New England, recently honored Dr. Elliot Melendez, a respected and beloved physician who is triple board certified in pediatrics, pediatric critical care and pediatric emergency medicine; and a Harvard Medical School graduate. When he came to SBH in the mid-1980s, Elliot was a high school dropout. “I remember Elliot when he first worked here as an overnight registrar,” says Dr. Ted Spevack, a former Emergency Department director, head of the emergency medicine residency program, and member of the Board of Trustees at St. Barnabas Hospital. “When he first came here, he asked me if he could make teaching rounds in the morning. I asked him why and he said, ‘I need to learn more because I want to go to medical school.’ I was shocked, speechless. He looked like a little kid, like he was 15, but it didn’t take long before we realized how brilliant he was.” While working at the hospital, Elliot got his GED and in 1989 started classes at Lehman College. Marrying a nurse at the hospital, he juggled work, school and, soon, fatherhood, graduating cum laude with a degree in biology in 1995.   In a videotape shown at the Milagros Para Ninos dinner, Dr. Melendez spoke about his youth – which included a close encounter with gang violence. “I looked at my friends, who I was growing up with. No one had a high school diploma, no one had a sustainable job and I began to look at myself and say, ‘Is this what I’m going to be?’ “I began to remember the lessons my father and mother were trying to teach me: work hard, show who you are by example, and don’t expect anything will come free.” Dr. Spevack and other SBH physicians helped Elliot with his medical school applications and wrote letters of recommendation, cheering when he was offered a full ride to Harvard Medical School, graduating in 1999. 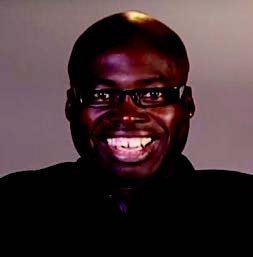 Lazeni Koulibali was in his early 30s when he left the Ivory Coast, a landlocked country in West Africa officially known today as the Republic of Côte d’Ivoire, to come to America. Speaking little English – French is the nation’s official language although Lazeni and his family spoke one of the country’s many indigenous dialects – he arrived in the Bronx in the early 1990s and soon took a job as a transporter at St. Barnabas Hospital. According to his younger brother, Abubakar Conde Coulibaly, who Lazeni brought to the Bronx two years later and who for many years has worked as a patient technician at the hospital, Lazeni was always good in the sciences and had long had a burning desire to become a doctor. This stemmed from an incident that occurred while growing up in his village back home. At a young age, both he and his twin sister contracted malaria. He survived and she died. Senior emergency medicine physician and Medical Staff president Dr. Ernest Patti remembers Lazeni for what he calls his “beautiful, infectious smile.” “He and his brother were always hustling, moving the patients quickly. We loved him because when it was busy in the ED, he would say, ‘Let me do that. Let me take care of the patient.’ He always asked a lot of questions and I encouraged him to go back to school.”   While working at St. Barnabas Hospital, he attended Lehman College. Upon graduation, he moved to Iowa to study at Des Moines University College of Osteopathic Medicine, graduating in 2000 in his late 30s, and then completing a family practice residency at Wilson Memorial Hospital in Binghamton and an Emergency Medicine residency at the University at Buffalo. Today, he works as an emergency medicine physician at Salem Hospital in Oregon.

For the 100th episode of SBH Bronx Health Talk, Dr. Perlstein, President and CEO of SBH Health System, and Bronx Congressman Torres discuss where the Bronx is today and where... END_OF_DOCUMENT_TOKEN_TO_BE_REPLACED