Worlds Unite: How Research Can Define the Osteopathic/Allopathic Merger

After over 100 years of operating separately, the organizations that administer allopathic and osteopathic physician training are merging into a single entity.

Although it may be easier to believe that there are no longer any distinctions between the MD and DO worlds, DO training is structured on unique osteopathic principles and the use of osteopathic manipulative treatment (OMT), neither of which is standard in allopathic training.

And, as the organizations align their standards, questions remain whether osteopathic distinctiveness will become fully integrated into the healthcare educational system or be extinguished.

Press releases state that both organizations will work to “incorporate the tenets of osteopathic medicine,” suggesting that physicians-in-training will gain access to osteopathic education and modified training standards. However, biases may hamper such progress – e.g., an article in Forbes titled “Osteopathic Physicians vs. Doctors” suggests that DOs are unnecessary for healthcare, and comments to a social media post promoting OMT suggest that the “practice of the pseudoscience of OMT is a sham to justify [the DO’s] continued independent existence.”

The MD and DO worlds may seem at odds; classically, osteopaths stress that physicians augment the body’s inherent ability to heal while, in contrast, allopaths suggest that something pathologic must be taken out of or something therapeutic put into the body. However, some scientific evidence suggests that applying osteopathic principles and practice to the standard of care may yield the best outcomes for our patients.

In the surgical literature, it has been demonstrated that patients who received OMT plus preoperative narcotic required the least amount of postoperative narcotic compared to groups who received either or none. It has also been shown that following spinal cord trauma, OMT and analgesic medication each improved pain similarly, yet the combination of the two produced the best long-term reductions in pain.

Researchers have demonstrated that the OMT technique lymphatic pump is equal to or better at preventing (a complete or partial collapse of a lung or lobe of a lung) compared to incentive spirometry. In a series of randomized controlled trials, studies reported that OMT shortens length of stay and decreases mortality among patients suffering pneumonia, particularly the elderly. Furthermore, a pilot study revealed that postoperative hemodynamics may be augmented by OMT.

Multiple studies have associated decreased postoperative ileus and lengths of stay with perioperative OMT. The 2016 OMANT trial revealed that a randomized control trial of OMT after major abdominal surgery is feasible, safe and may improve postoperative pain. And it’s been found in studies that OMT may augment healing potential and modulate the inflammatory response at cellular and biochemical levels.

OMT and the Brain

Perhaps the most intriguing opportunity for OMT to benefit surgical patients is the concept of OMT in the cranial field. By palpation, DOs detect aberrations of skull bone position and sense restrictions of fluid flow (e.g., blood, cerebrospinal fluid and lymph) in and out of the cranial vault. Using manual techniques, DOs can realign and mobilize the bones and other cranial and pericranial tissues while modulating intracranial fluids.

DO training standards incorporate the principles and practice of cranial osteopathy, but MD training does not. Despite multimodal evidence of cranial bone motion, including on MRI, the idea that this motion exists faces biases and is even considered fantasy in some allopathic circles. For example, quackwatch.org founder Dr. Stephen Barrett maintains a page titled “Why Cranial Therapy is Silly.”

The most common trauma surgery admission to the SBH surgical intensive care unit is traumatic brain injury (TBI), and OMT provides an additional dimension of treatment for this challenging group of patients. For decades, research into modalities that might improve neurological outcomes after TBI have had limited success. Medications such as hypertonic saline may sometimes prevent brain death, but may not have any significant benefit on function. Craniotomy and intracranial pressure monitors have shown similar results. And steroid and vasopressor uses have come and gone as essentially ineffective and potentially dangerous treatments of TBI. 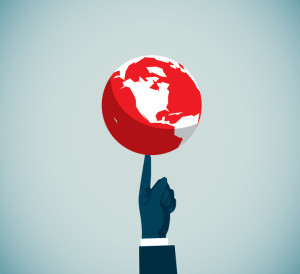 SBH has a historically osteopathic surgical residency program, a thriving osteopathic manipulative medicine/neuromuscular medicine residency program and a robust institutional review board for research. Performing scientific research at SBH into OMT’s potential benefits for surgical patients and specifically for TBI could provide further evidence that integrating osteopathic principles and practice may produce the best patient outcome.

In December 2016, the Departments of Surgery and Osteopathic Manipulative Medicine/Neuromusculoskeletal Medicine published two IRB-approved case reports of TBI patients treated with OMT, including one patient who underwent a craniotomy. Published in the peer-reviewed Journal of the American Osteopathic Association and searchable on PubMed, the reports are the first of their kind and highlight the physiologic underpinnings of OMT in the cranial field. The article discusses movement and adjustment of the craniofacial bones, improved inflammation by optimizing fluid drainage from the cranial vault, pain modulation and treatment of nerves to limit dizziness.

The next scholarly step is to retrospectively analyze cohorts of TBI patients to see if or how much use of OMT may be associated with outcomes. Thereafter, a random control trial may be warranted. In January 2017, the SBH IRB approved an application for the retrospective work, and research has begun.

Focus on research into OMT in the SBH acute care setting may help counter lingering biases against DOs. Prospects for such research are exciting, especially as MD and DO education merges, and both the National Institutes of Health and the American Osteopathic Association offer large grants for such projects. SBH Health System is exceptionally prepared to perform this research and perhaps play a prominent role in defining a unique, fully-integrated form of American healthcare.

For the 100th episode of SBH Bronx Health Talk, Dr. Perlstein, President and CEO of SBH Health System, and Bronx Congressman Torres discuss where the Bronx is today and where... END_OF_DOCUMENT_TOKEN_TO_BE_REPLACED