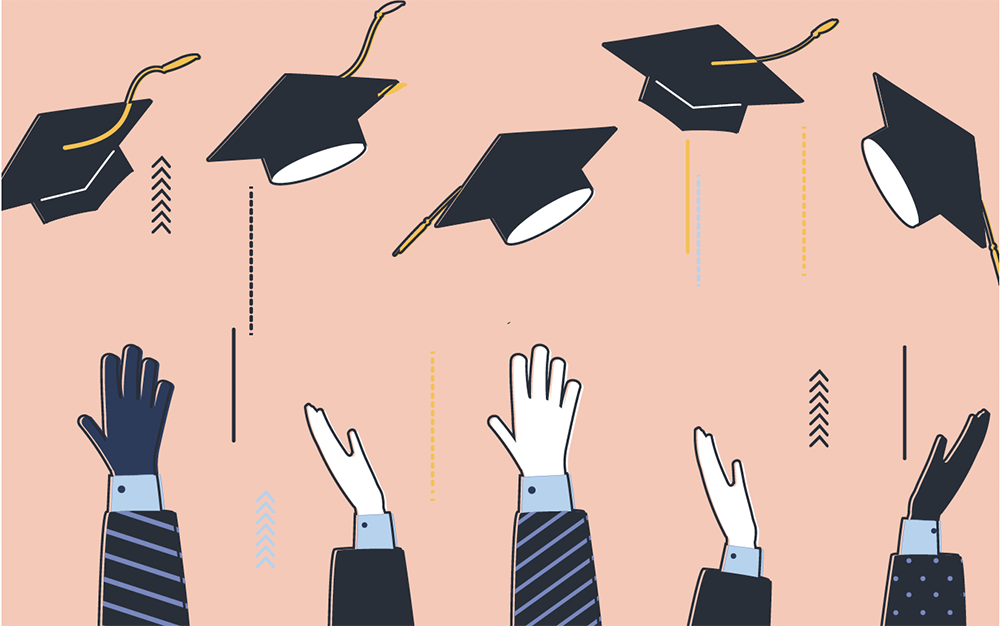 The numbers tell it all.

While 94 percent of American medical school graduates matched this year into hospital residency programs, that number plummeted to just 57 percent among international medical graduates (IMGs) – with Americans who attended medical school in, say, the Caribbean, Europe or Mexico getting in at a far higher rate than those who are natives of foreign countries. (Note that the 57 percent rate itself is even lower when taking into account those IMGs who did not receive any residency program interviews.)

This is not surprising as about two thirds of residency program directors in the U.S. say they don’t often interview medical school graduates from abroad.

The cards are, without question, stacked against them and it generally comes down to survival of the fittest. It can take years for a foreign medical school graduate to earn a coveted spot in a U.S. residency program. Many must overcome issues involving language, culture, cost, visas, and family separation in achieving their goals.

This past year, the internal medical program at SBH – which selects only IMGs for its 35 or so spots each year and does not participate in the annual match – received about 4,000 applications. Dr. Victoria Bengualid, the residency program director, says that she tries to be as objective as possible in deciding which candidates proceed to the all-important interview phase. She says this means not limiting her choices to specific institutions or countries, and screening out photos, age and gender from the decision process.

While she does ask existing residents for referrals, her criteria is largely based on applicants’ recommendations, STEP test scores and medical school grades, and looks for those whose backgrounds stand out in terms of whether, for example, they have shown a proclivity for conducting “real” clinical research or have done compelling field work. Over the years, she has admitted several older physicians who have spent considerable time working in their native countries – including one who worked as a neurosurgeon. While many residency programs require IMGs to do observerships in the U.S. (i.e. shadowing clinicians) – which they don’t receive compensation for because their student visas won’t allow it – Dr. Bengualid takes a contrarian view. She doesn’t feel it adds
much value to their applications.

The journey of Dr. Carlos Flores, who is completing his third year of residency in the program and will soon take a job at a hospital in Erie, Pennsylvania, is not atypical. A native of Santo Domingo, he was generally unhappy working as a primary care physician at a tertiary center in the Dominican Republic and had his eye on continuing his medical training in America. He knew, however, that he had some work to do in order to achieve this. Unable to “continue a conversation in English” – with his initial connection made through watching movies – he began working on improving his language skills and preparing for the STEP exams. This included subjects he never learned in medical school, that he considers “more suitable for someone working in a lab, and do not make a difference in terms of your clinical practice.”

Making two to three hundred dollars a month as a general doctor, he found the cost of the exams to be prohibitive, which included study guides, the exam itself and the flight and hotel to Atlanta where he took the tests. Additionally, his travels took him to Pittsburgh, where his uncle, a cardiologist, lives, to familiarize himself further with the culture and the language and to observe in a clinical setting. Once he passed the exams, he then had the expense of applying for a spot in the 140 U.S. hospital residency programs he applied to – 14 of which granted him interviews. His uncle helped finance this cost.

He was accepted into the residency program at SBH in 2017, and started the following June. Although it took him three years to get to that point, he says that many of his medical school classmates never made it that far. “There are a lot of hurdles,” he says. “Either you don’t score well or the money runs out.” He still has one remaining hurdle: his visa will force him to return home before he can start his new job.

Dr. Annie Contreras, a graduating pediatric resident at SBH, came to Houston with her husband, also a recent medical school graduate from Venezuela, to stay with relatives while prepping for the STEP exams and improving their English. The journey took the better part of three years. This included relearning much of the material from medical school, only in a different language, and doing research.

The couple needed to borrow money from wealthy people back home to finance them during this time. “The process is very expensive and you have to find someone to give you a loan,” she says.

Both were accepted into residency programs – only while Dr. Contreras ended up in the Bronx, her husband is now completing his residency in Louisiana. “It’s been hard,” she says about living apart for three years. Her next step is an infectious disease fellowship in New York City, while her husband continues his medical career in Louisiana.

Similarly, Dr. Miguel Sanchez, a native of Ecuador and now an attending at SBH, was accepted into various observerships in the U.S. during his medical school vacations, staying during these times with his older siblings in Atlanta and Miami. He later spent a year in Chicago prepping for the exams, nine to 10 hours daily, and improving his English. While the medical terms may be similar in English and Spanish, he says, pronunciations can be tricky and so needed to be learned.

Having previously spent time back home working as a physician, he took a job at a flower company while in Chicago to help his family out with the expenses. “If you have the support of your family it really makes a difference,” he says. “Once you match here, people see you a different way. They understand how hard it is and you have to look at the costs as an investment in your future.”

Some like Dr. Muhammad Shahzad have taken a more circuitous route to residency. Dr. Shahzad was born in Pakistan, and left his country at 17 to attend medical school in Cuba. He then practiced as an ER physician in Uruguay for four years before being accepted into the internal medicine program at SBH. This meant learning Spanish for six months as a teenager and later becoming proficient in English before applying for residency. Like
many foreign medical school graduates, he knew he would need to make a number of sacrifices to post good test scores – without any guarantee that he would be successful. “Some people have good scores and never get in,” he says. “That was my stress.”

Meanwhile, Dr. Yadanar Lei, who will start the internal medicine residency program at SBH in June, experienced her own rollercoaster ride. “I told my parents I wanted to do this and they said we’ll support you,” she says. With their help she came to New York City in 2019, having never been to America before, taking various non-paying jobs at area hospitals, health care centers and private practices while commuting from her $1500 a month Queens apartment. The Myanmar native was ready to begin applying for the 2021 residency application cycle, after not getting a position the prior year, when she became aware of an opening in the SBH internal medical residency program. Interviewed and accepted, she later learned that problems with her visa would force her to wait another year before she could begin the program. Dr. Bengualid, however, kept the position open for her.

“Even though I had to wait another year, I was very lucky,” she says. “I’m very excited to start. This is the next chapter of my life.”

By Steven Clark It was 1980, a very different time for women in medicine, when... END_OF_DOCUMENT_TOKEN_TO_BE_REPLACED

By Steve Clark As Dr. Jacqueline Witter explained in her paper on mentoring nurses published... END_OF_DOCUMENT_TOKEN_TO_BE_REPLACED

By Steven Clark When the residency program director points to a chair and asks you... END_OF_DOCUMENT_TOKEN_TO_BE_REPLACED