Beyond The Lab Coat: The Ironmen

Home » Blog » Posts » Beyond The Lab Coat: The Ironmen 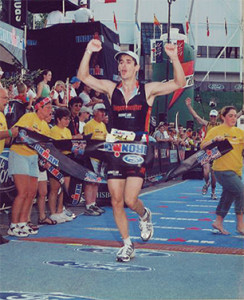 Dr. Mark Klion gets philosophical when it comes to discussing endurance competitions. “I like to say that pain is inevitable, but suffering is optional,” says the orthopedic surgeon. “For every bad minute during a race from an endurance standpoint, there is a good moment. And if you can get through those difficult moments, you’ll be better for it.”

He speaks from experience. At last count, he has completed 11 Ironman Triathlons (for the uninformed, an Ironman consists of a 2.4 mile open water swim, a 112-mile bicycle ride and a 26.2 mile run), including competitions in Hawaii (the granddaddy of Ironman competitions), Florida, Idaho and New York. He trains for these events in ways that would make most people shake their head. He runs to work – 21 miles from his Westchester home – bicycles through the likes of Bear Mountain, and competes in 50 kilometer runs (which has included the Grand Canyon Rim to Rim to Rim Run from the South rim to the North rim and then back to the South rim). To prepare for the swim, he uses a dryland swim trainer in his home.

In addition to his life as an Ironman triathlete, he’s co-authored a book for healthcare professionals on the subject (Triathlon Anatomy: Human Kinetics) and helped create the BodyworksMD DVD series. He serves as medical director for the New York City Triathlon.

And, while Dr. Klion is SBH’s #1 Ironman at SBH in terms of number of events and best time (10 hours and two minutes), he’s not alone. 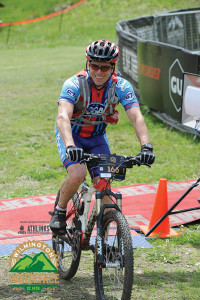 “I ran my first Ironman on a dare,” says Dr. Klion. “I’ve always been a runner and loved cycling, but I lasted just one week on my high school swim team. Someone dared me in the summer of 1997 and I soon fell in love with the sport and the community. It was so intriguing to be part of something that was brand new. You start to thrive on the endurance stuff, being out there for hours and being introspective and evaluating life.” 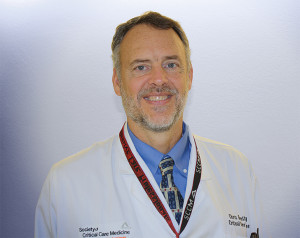 Dr. Grantham, a swimmer in high school and at the University of Miami, actually got his start in endurance sports by running marathons. He’s competed in about 15 marathons, including those in New York City, Washington D.C., East Hampton and San Jose, California.

Finding the time to train is a major concern for all Ironman triathletes – particularly busy physicians. As the result of a growing family, Dr. Appelbaum has put his Ironman days on hold for the time being. According to Dr. Grantham, “You have to put in the time. It’s not a good thing to do otherwise.” He knows this from personal experience, having found himself in a weakened state after the first two legs of his first Lake Placid race. “I was dehydrated and really hurting at the beginning of the run. Only after I packed ice in my shirt and hat did I start to feel better.”

Dr. Klion trains upwards of 18–22 hours weekly. Regardless of how extensively he prepares, he knows injuries are part of the landscape.

“I’ve had muscular/skeletal injuries and plantar fasciitis, which I ran through for two years before having surgery,” he says. “I had a gallbladder attack during a race and later had it removed.”

He doesn’t believe the extensive training or competition is deleterious to one’s health. In fact, it’s the multisport, cross-training aspect of Ironman training that he says enhances one’s cardiovascular health without the pounding that can cause repetitive stress injuries.

“There is no definitive study that says endurance training causes arthritis; there’s a genetic component and I consider myself lucky that I have good genes,” he says. “Yet, I run every race like it’s my last, knowing I could succumb to a meniscus tear or another injury at any time.”

For the 100th episode of SBH Bronx Health Talk, Dr. Perlstein, President and CEO of SBH Health System, and Bronx Congressman Torres discuss where the Bronx is today and where... END_OF_DOCUMENT_TOKEN_TO_BE_REPLACED